Bungie sure packs them in

For the record, my previous post wasn't intended to be focused on Valve in particular (but of course any mention of the big V will be latched on). I used V's offices as an example because it's the last open office environment I've experienced, and it sucked probably more than it should have due to a company culture that had utterly failed to adapt as the company scaled from a few dozen to hundreds of developers.

If I could go back in time, I would have inserted more examples from other companies. My major concern before I hit publish was pissing off the open office zealots who ignore the science.

Anyhow, Bungie's offices are literally right up the street from Valve's, so let's see what they look like. At least this space has high ceilings, so it probably doesn't feel as claustrophobic as V's and background noise doesn't propagate so much. Nonetheless, it still looks like a cattle pen to me: 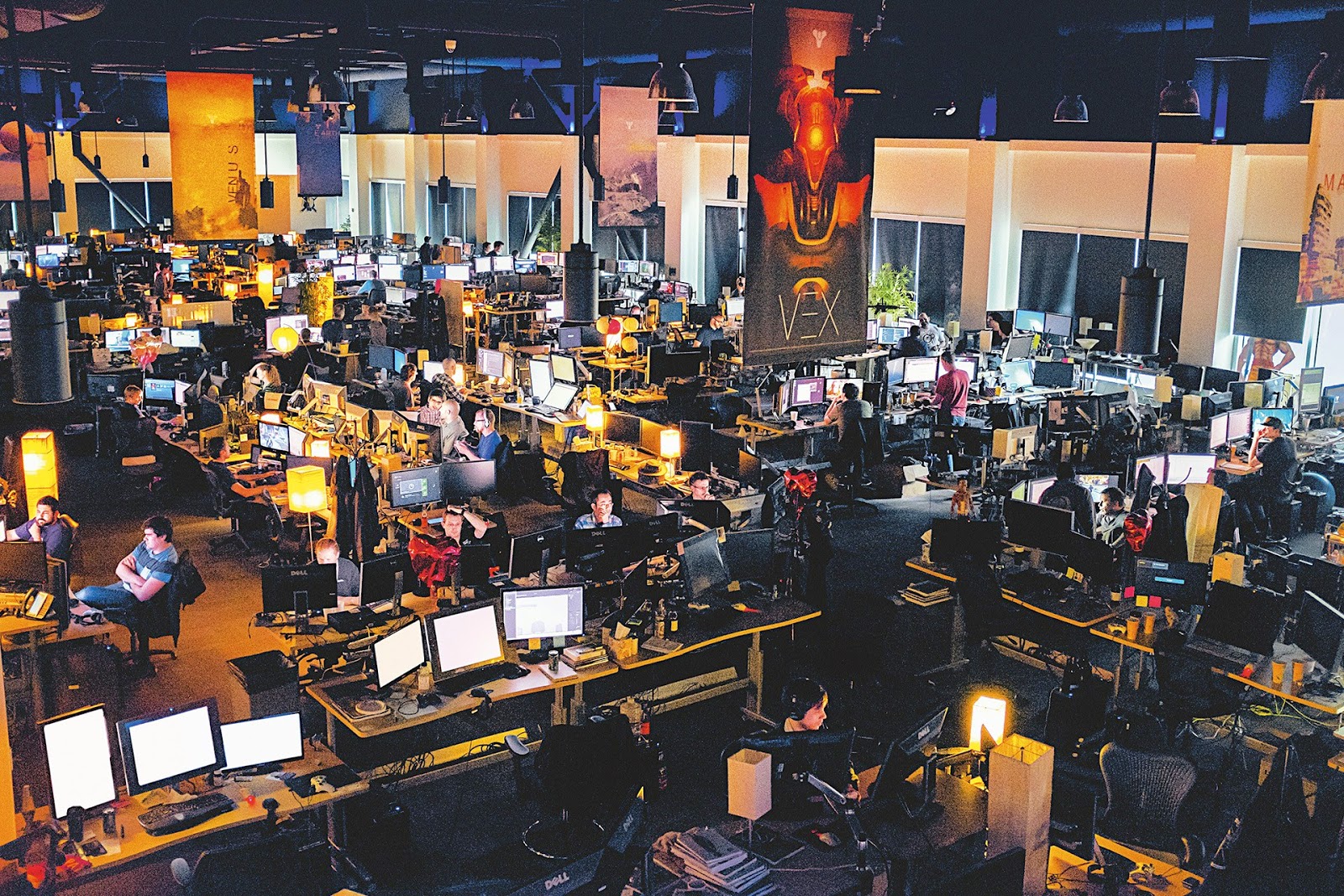 "Beginning to understand why they wanted to make players suffer and grind in Destiny. It was a silent revolt. I got a feeling it didn't look like this 15yrs ago."

The reality is, this is a very competitive industry, and it's difficult and expensive to hire skilled/experienced developers. The smart employers will realize that things like enforced industrial-sized cabal rooms and toxic peer-based stack ranking systems are boneheaded ideas and they'll come up with competitive alternatives to attract the best people. Ignoring the science and developer feedback to get X more hats live pronto is not smart.

Having experienced pretty much all possible layouts in my career, I would like to see a combination: A central room for say 15 people, surrounded by a large number of 1, 2, or 3 person offices, with at least 2-3 ways of leaving the central area. The small offices should resemble Ensemble's or Microsoft's: each with a door and a small vertical window near the door. Devs should be able to work where they want. Sometimes it makes sense to work together and collaborate, and sometimes you just need to concentrate. Usable whiteboards distributed throughout the space are critical.

Sheetrock, doors, whiteboards and glass are very cheap these days. These things are much less expensive to a company vs. the cost of a developer's time.