vogl's UI (being worked on by Peter Lohrmann) has come far in the past month. I used it today while debugging what seemed to be a replay bug in Xonotic (reported by a dev named blackout24 on github). I first trimmed a single frame that clearly showed the problem, then played back this trimmed trace in a endless loop to verify the issue still showed up in the trim. I manually trimmed the source trace using voglreplay64, but I think initial support for doing all this directly from the UI just went in.

The UI helped me quickly pinpoint the first draw affected by the rendering problem. I then drilled down and examined all the GL state, textures, shaders, etc. on and around this draw. Clicking on a GL command that already had a snapshot was fast, only around a second in debug, and around 3-4 seconds on commands without snapshots. I still dumped the trimmed trace to JSON+loose files, more out of habit than anything, but using the UI was much faster than doing things the old way (which involved dumping massive amounts of PNG's on each major event, then using voglreplay -find and/or grep on huge JSON files).

Here's the pinpointed draw showing the problem (a completely opaque foliage billboard that should have been rendered transparently): 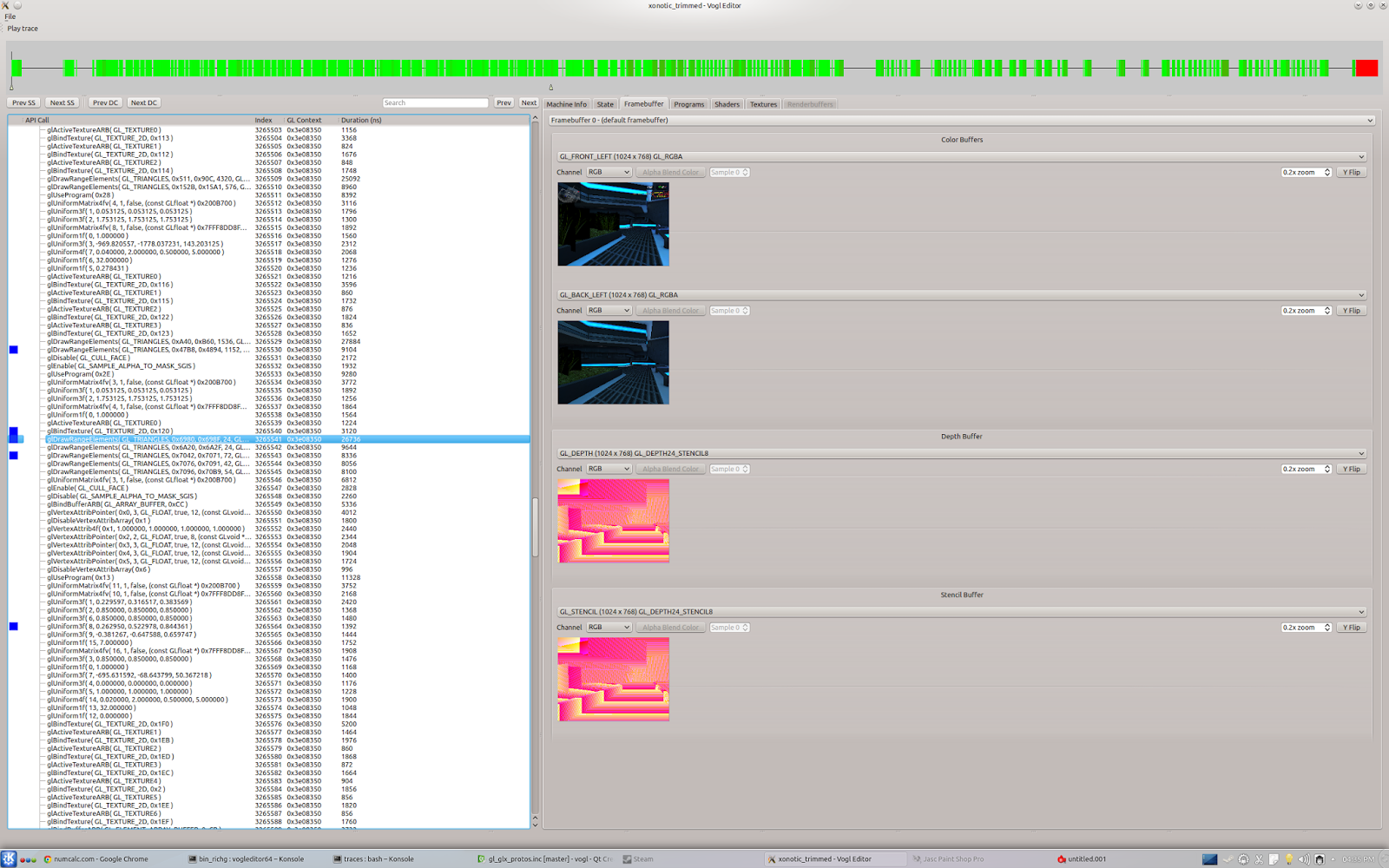 Depth and stencil buffers are currently displayed by mapping their individual bytes directly to image components - we're working on that.

Here's the foliage texture. I enabled alpha blending in the UI to double check the texture's alpha channel was reasonable: 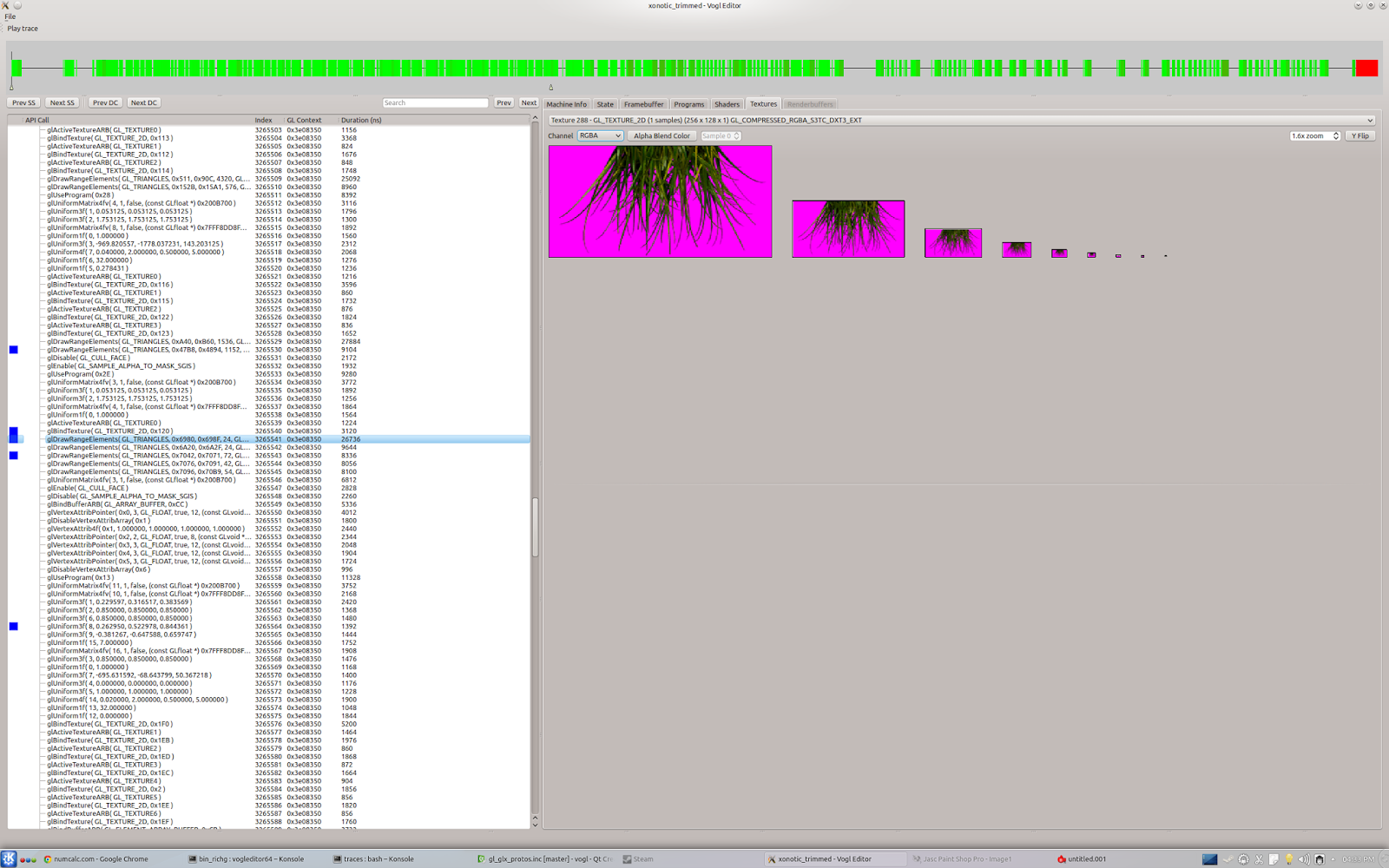 Xonotic replay showing the problem, with the powerful QtCreator IDE in the background: 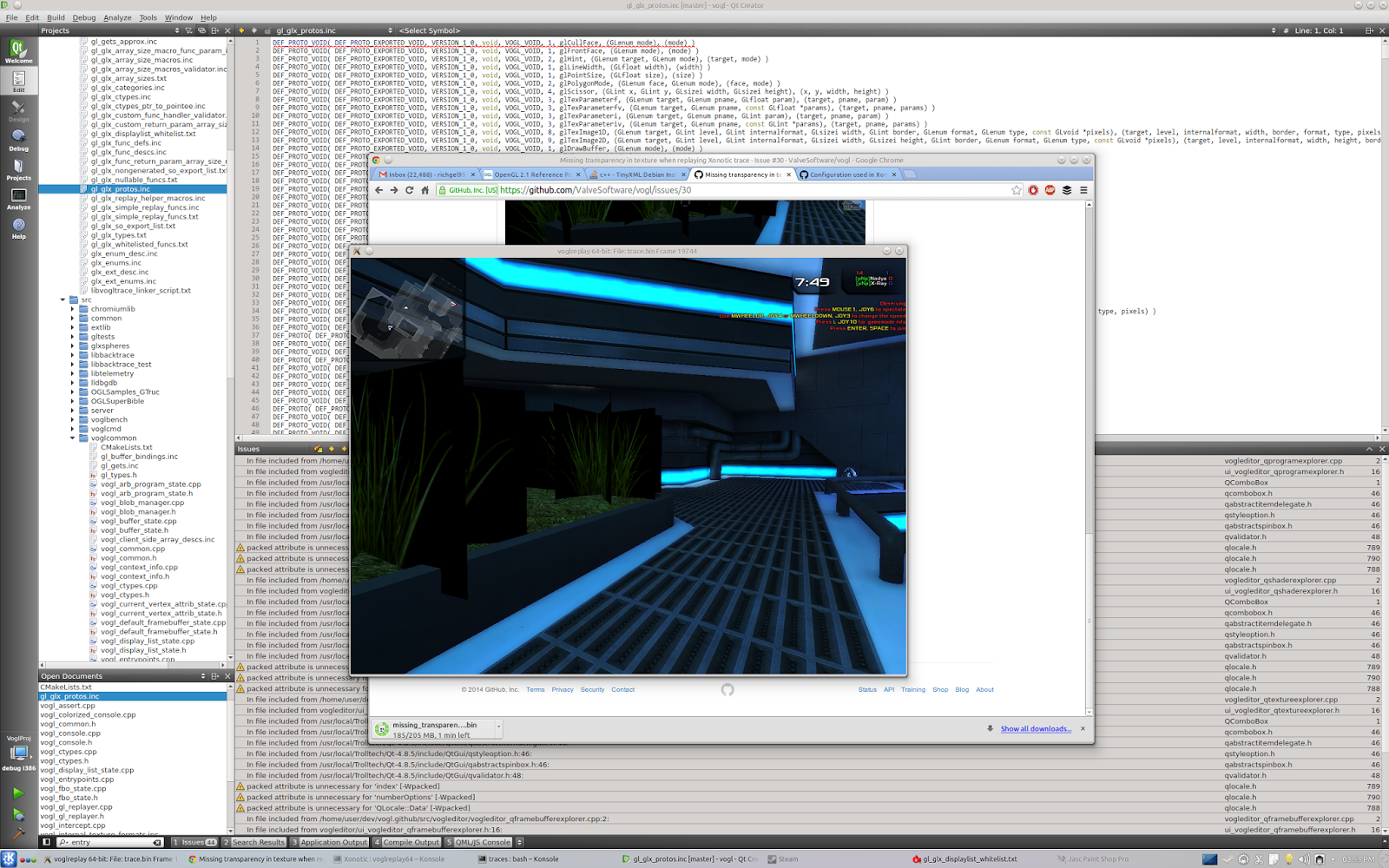 For now, I added a "-msaa X" command line option to the replayer to enable MSAA on the default framebuffer until we address this. This is crappy, but the vast majority of GL apps just don't enable MSAA this way and we have bigger fish to fry at the moment. (Also, I don't want to touch vogl's GLX/X-Windows related code until we abstract it away into SDL or something.)