The pathfinding in the game is terrible.

First off, Age of Empires Definitive Edition is a remaster of Age of Empires. It's not a rewrite, it's not a new engine, and that's what we've been saying for almost a year. Age of Empires 1's path finding was really bad, as most reviews point out:
https://gamespot.com/reviews/age-of-empires-the-rise-of-rome-review/1900-2532811/
This is the code we started with in DE. Not Age 2, not new code, but the original code which had a ton of flaws and quirks we had to learn about the hard way. This code was almost a quarter of a century old, and it showed. The original movement/pathing code was very weak to say the least. Yet entire complex systems above it (combat, AI, etc.) depended on this super quirky movement/pathing code. It took multiple Ensemble engineers several years of development to go from Age 1 to Age 2 level pathing.
We made a number of improvements to the path finding and unit movement code without breaking the original system. It must be emphasized that Age1's pather and movement code is extremely tricky and hard to change without breaking a hundred things about the game or AI (sometimes in subtle ways). It was a very tricky balance. The current system still has problems with chokepoints, which can be fixed with more work, but we instead had to focus on multiplayer which had to basically be 85% rewritten.
Here's a list of fixes made so far to DE's pathing and movement code in the time I had, which was only like 2 months: 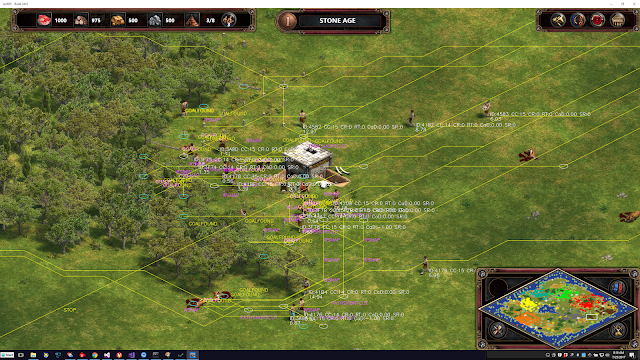 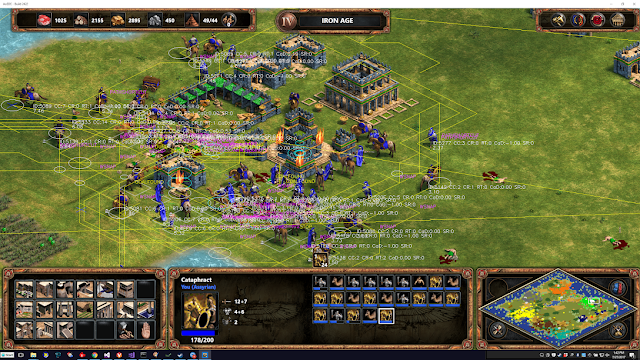 Age1's pathing/movement systems implements a form of randomized, emergent behavior. The units are basically like dumb ants. It's imperfect in chokepoints, but it's a continuation of the essence of what made Age 1 what it was. If all the units are moving in the same direction it can usually handle chokepoints (I tested this over and over with a wide variety of units on a pathing torture test scenario from MS before release). The fundamental behaviors the AI and combat systems expected were accurately preserved in DE's pather, which was our goal.
Instead of people saying "the pathing in DE sucks!", I would much rather hear about the specific issues with movement/pathing, and actually constructive suggestions on how to improve the system without breaking the game or turning it into Age 2.
Posted by Rich Geldreich at 7:27 PM