The usual explanation given for planar blocks is that they are intended for smoothly varying blocks (see my previous post on planar blocks). So it seems natural to model the block's pixels as three planes (separately R, G, and B) when trying to create a trial planar encoding.

etc2comp tries fitting several lines along the edges of the block to compute a trial plane definition, then it "twiddles" the quantized coordinates to minimize the quantization error. From what I've been told, in practice planar blocks aren't actually used that much in ETC2 compression, which seems sad to me.

I realized while looking at the planar mode's unpack function that the "offset" or "origin" component is equivalent to the DC component in the DCT. And, the H and V components are equivalent to two of the lowest frequency basis vectors (not counting DC) in the 4x4 DCT (circled in red):

So planar blocks actually support three basis vectors (including the DC component, in the upper left). So, why not try encoding each block in a test image as a ETC2-style planar block and see what the results looks like? In other words, look at using planar blocks from the perspective of transform coding.

In this experiment, I find the average block color, set the planar "O" color to that, then subtract that out from the block. I then dot (or inner product) the left-over pixel values against the H basis vector, then the V basis vector. I encode the resulting vectors into the ETC2 planar block H and V colors. I then use the same code to unpack this as I use to decode actual ETC2 planar block data. (Note because this is only a little fun experiment on Sunday night, I'm using 888 colors for O, H, and V, not 676, but I think the results should hold up in 676 with careful quantization/twiddling.)

The results are interesting. (See my newer post for much better looking planar-only encodings created by etcpak.) Remember, only planar blocks are used: 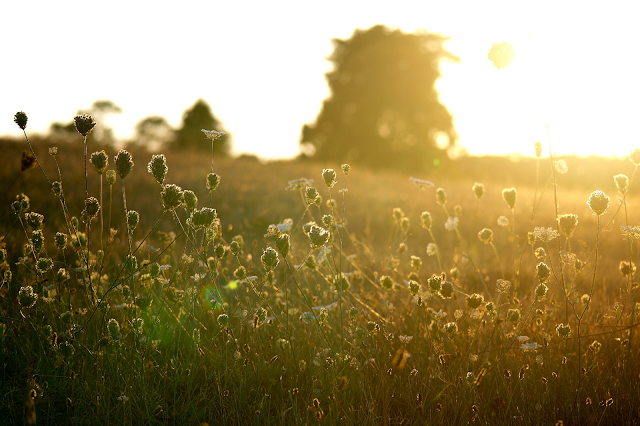 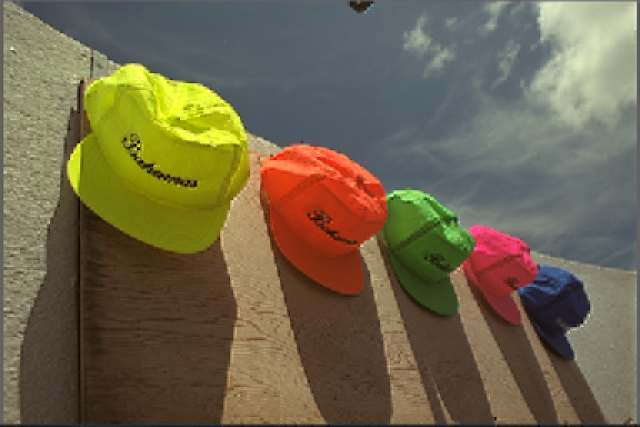 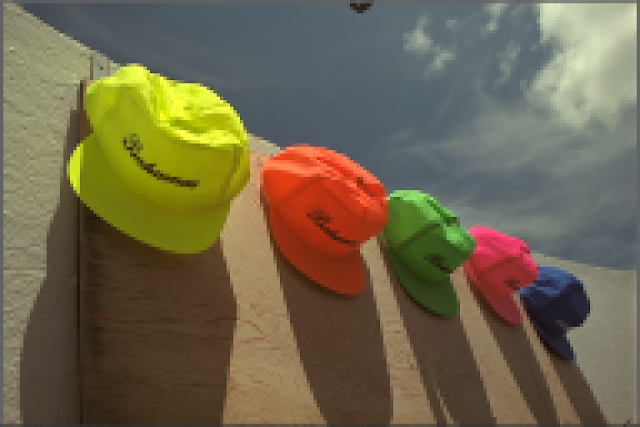 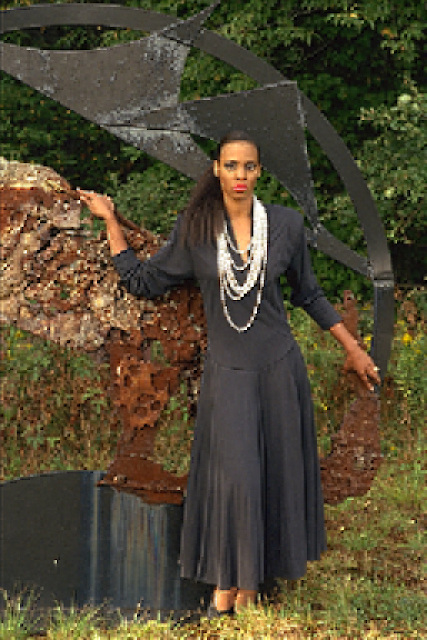 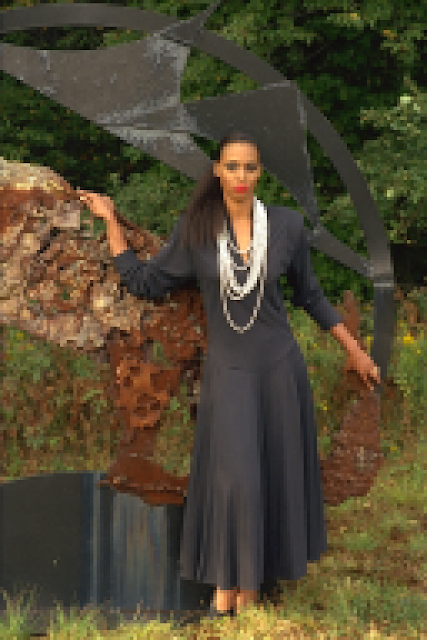 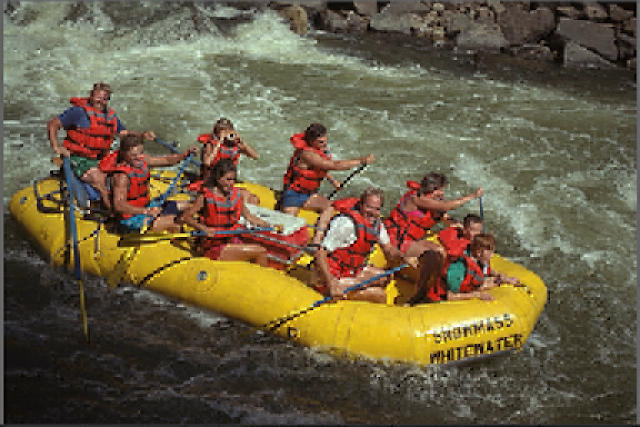 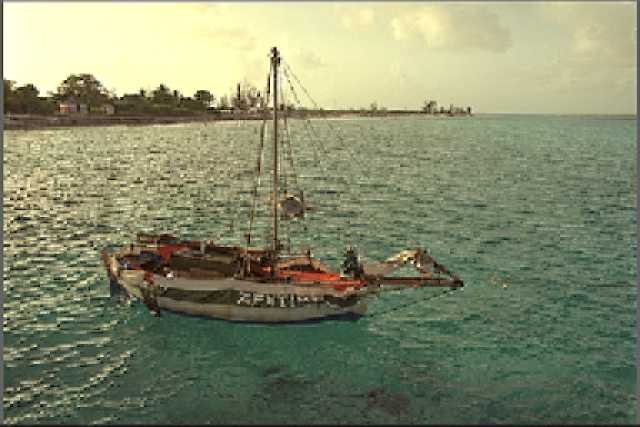 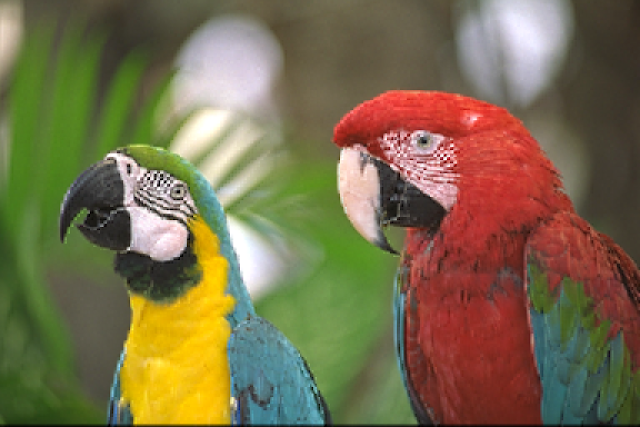 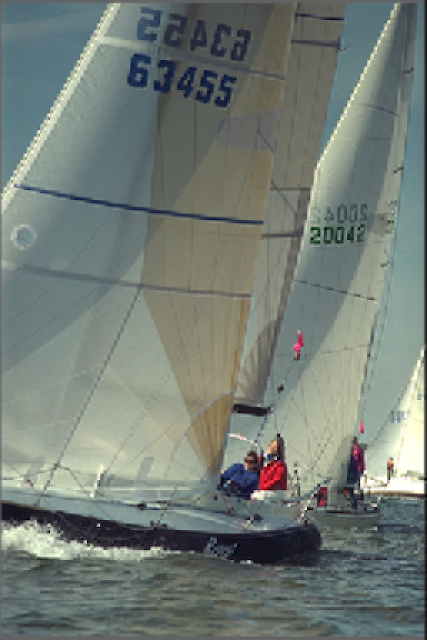 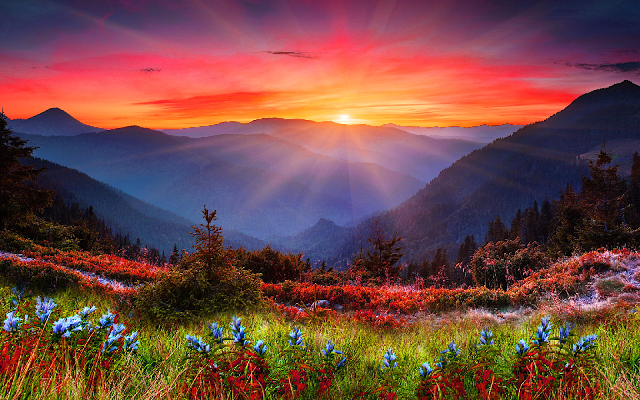 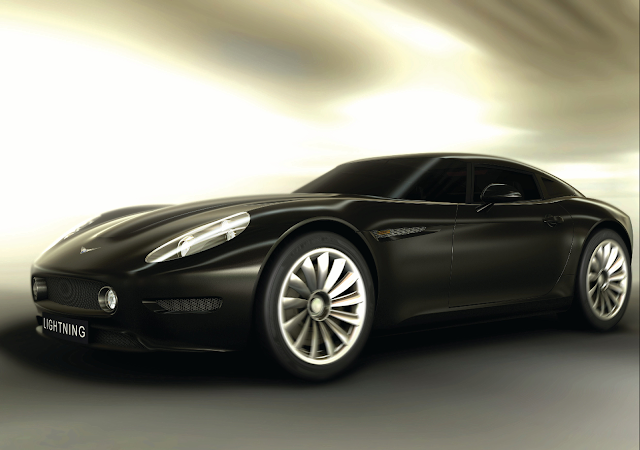 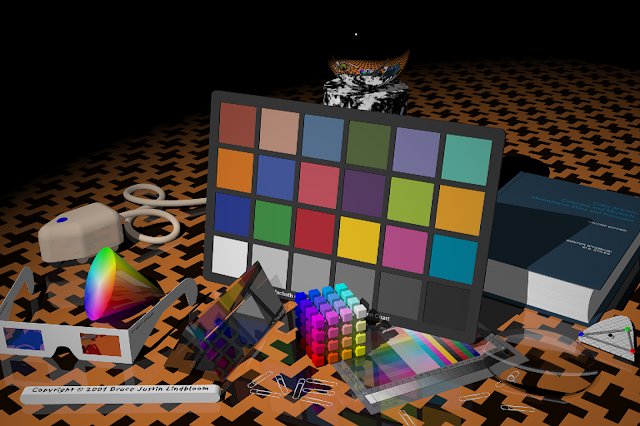 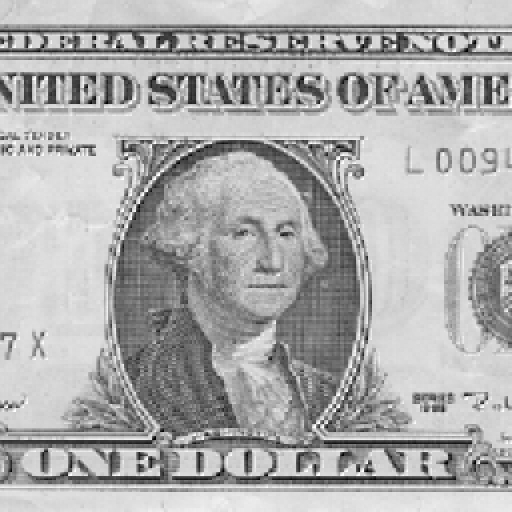 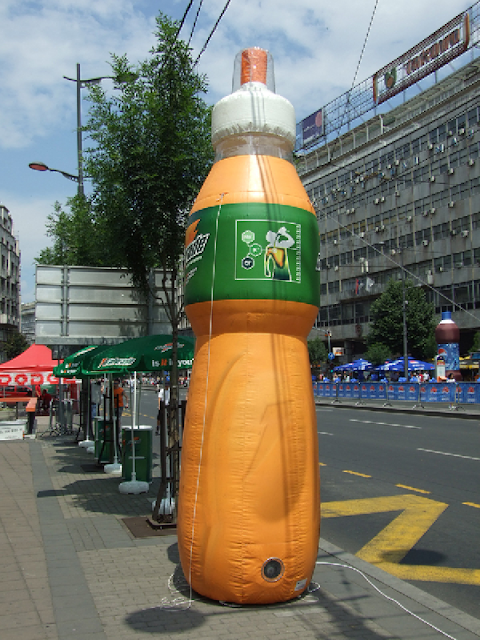 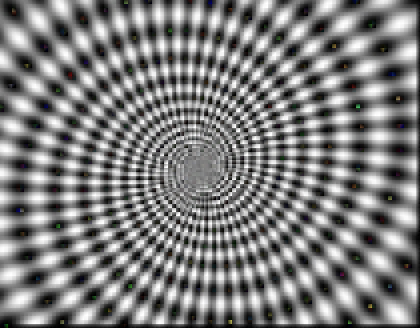 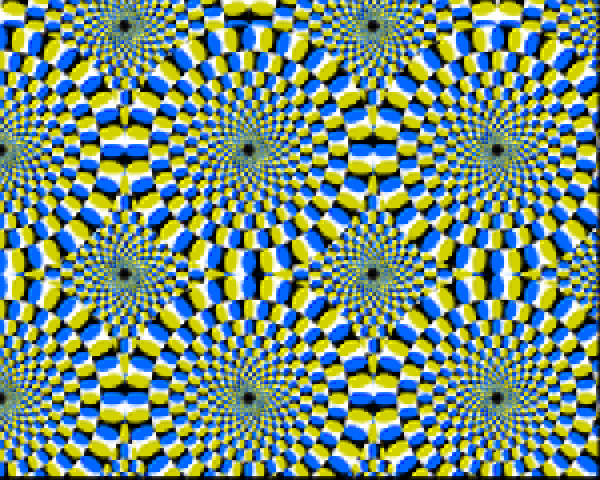 Posted by Rich Geldreich at 9:35 PM