Earlier today I was talking with John Brooks (CEO of Blue Shift Inc.) about my previous blog post (adding a new CompressQuery()API to lossless compressors). It's an easy API to understand and add to existing compressors, and I know it's useful, but it seems like only the first most basic step.

For fun, let's try path finding into the future and see if we can add some more API's that expose more possibilities. How about these API's, which enable the caller to explore the solution space more deeply:

Once we have these new API's (push/pop/query, we already have commit) we can use the compressor to explore data graphs in order to compose the smallest compressed output.

Here's what we do with compressors today:

There are two classes of nodes here that represent different concepts. 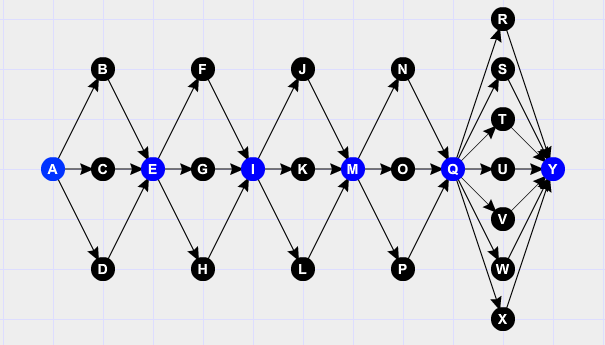 Now the black nodes represent "trials". In this graph, the compressor starts in state A, and we conduct three trials labeled B, C, and D using the CompressQuery() API to determine the cheapest path to take (i.e. the path with the highest compression ratio). After figuring out how to get into compressor state E in the cheapest way (i.e. the fewest amount of compressed bits), we "commit" the data we want to really compress by calling CompressContinue(), which takes us into state E (and also gives us a blob of compressed data). We repeat the process for trials F, G, H, which gets the compressor into state I, etc. At Y we have fully compressed the input data stream and we're done.

CompressQuery() is a good, logical first step but it's too shallow. It's just a purely local optimization tool.

Sometimes you're going to want to explore more deeply, into a forest of trials, to find the optimal solution. You're going to need to push the current compressor's state, do some experiments, then pop it to conduct more experiments. This approach could result in higher compression than just purely local optimization. 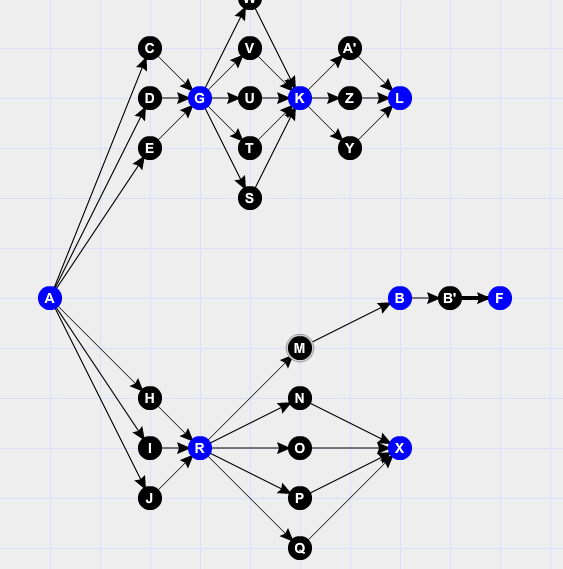