Steam's Big Picture mode is one of the last remaining Valve OpenGL apps that vogl didn't support until now. (The desktop client's GL callstream has worked for months.) The fixes for Big Picture are now all pushed to our github repo.

Replaying 10ft traces on NVidia technically works, but there's a driver bug that is causing playback to be extremely slow on my box (that NVidia is checking out). So all tracing and replaying in these shots was done on a AMD 57xx series part using the closed source fglrx driver.

The desktop ("2ft") GL callstream is looking good too, but compared to 10ft I have hardly spent any time looking at it. (I used the "-lock_window_dimensions -width 2560 -height 1600" cmd line options to replay this trace for 10ft, so the window is much bigger than needed for 2ft): 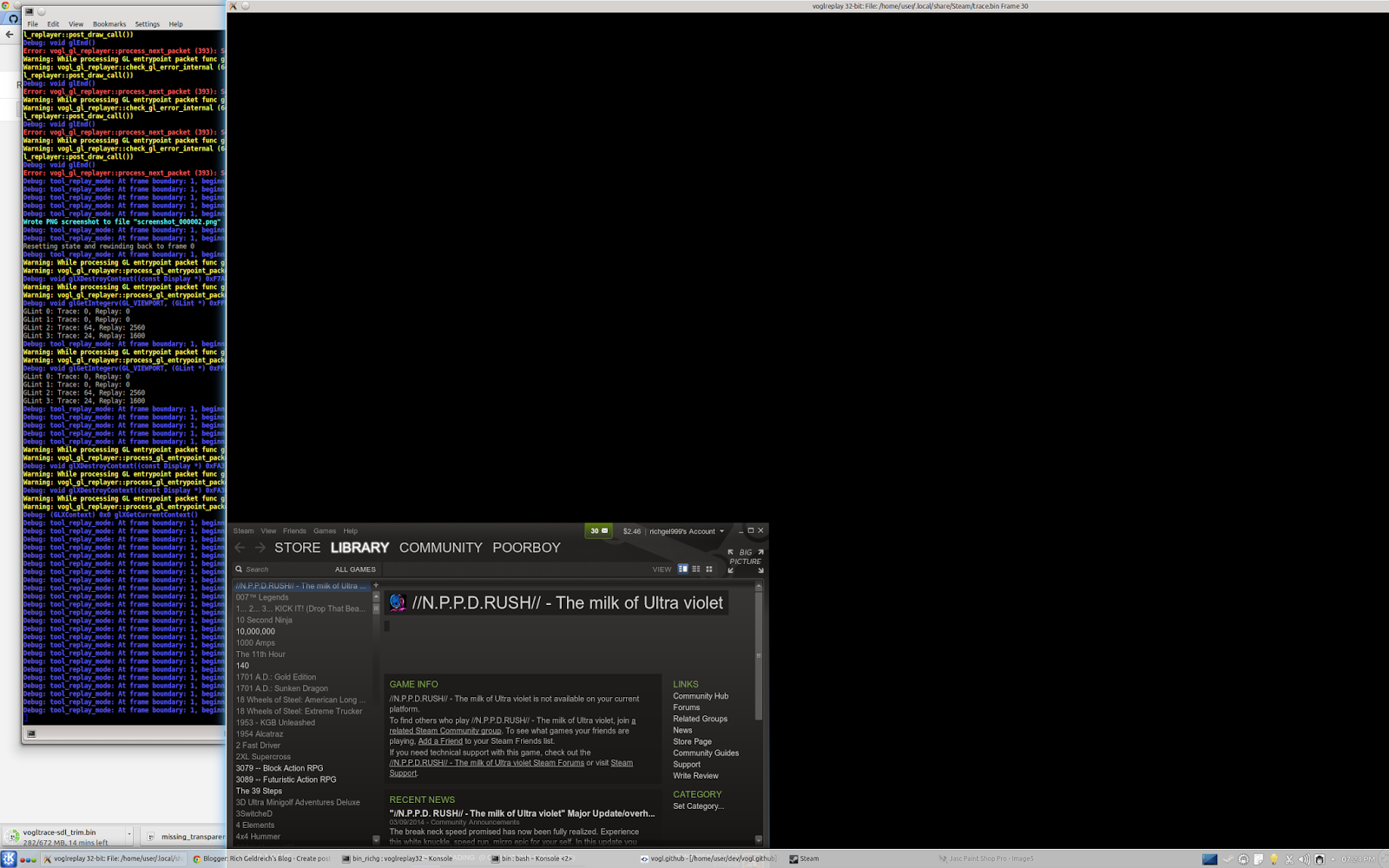 There are some known remaining issues, none of them show stoppers for debugging purposes. I'll be adding this trace to our shiny new regression test system Mike Sartain is working on soon.

- The replayer's auto window resize logic is almost useless on Steam traces because it creates so many trampoline contexts (associated with tiny windows) during startup and mode changes. So you must currently replay using "-lock_window_dimensions -width X -height Y".

- Can't make single/multi-frame snapshots of 10ft during tracing, only replaying. This isn't a big deal, because you can make a full-stream trace and just trim the frames you want to look at.

This problem is caused by the 10ft renderer keeping several buffers mapped all the time. I have a safe and easy fix coming that might address this issue (but it'll only work when the app keeps the entire buffer mapped).

- The UI has not been tested on 10ft traces yet. Peter Lohrmann just added better support for debugging traces containing multiple contexts (specifically to help 10ft debugging along) which I'll try soon.

This causes various problems for the snapshot code because it can't retrieve the texture attachment handles in these FBO's (we just get 0's for the GL_FRAMEBUFFER_ATTACHMENT_OBJECT_NAME), and (the last time I checked) we can't reliably retrieve information on these deleted textures on all drivers. This seems to be a very rare pattern (that I've never seen in any game titles, just 10ft). After asking around it turns out this problem is not a showstopper for 10ft because it always rebinds a new texture to the same attachment point before it ever renders to the FBO again.

All that red text in the below screenshot is due to this issue, but the output should still be correct. 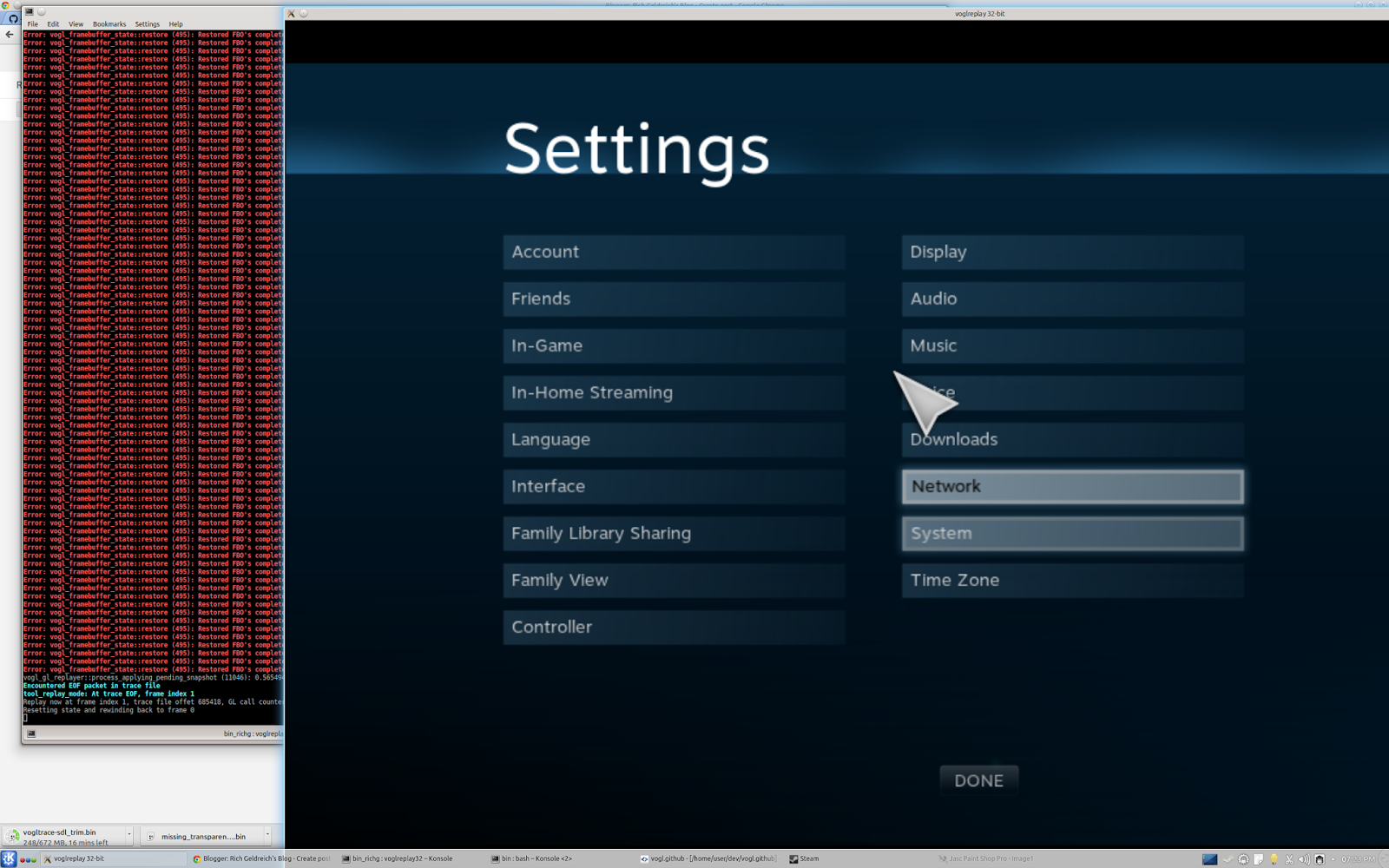 You don't need to do anything special to trace steam:

trace.sh is our example tracing script, see here. The example script causes the tracer to wait for a keypress, but you may not see the "waiting for keypress" message - just press any key if the app appears to stop.